AbstractAbout AuthorsReferences
Problems of the intensive development of the Podmoskovye territory are considered; the consequence of them is road-transport, ecological, social-infrastructure and other problems. Difficulties due to the administrative reform and lack of jobs in the undeveloped sphere of labor and employment are shown. The prerequisites of current problems are analyzed. The evaluation of scientific-practical substantiation of reasonability of mass housing construction is made. On concrete examples, the insufficient social security of the population of the Moscow Oblast with infrastructural objects is analyzed. The substantiated estimates of experts of urban-planning policy on prospects of development of the Moscow Region are presented. It is indicated that the problems of Podmoskovye affect almost every citizen of Moscow, that’s why it is necessary to solve them in the context of interests and problems of Moscovites, competent administrative and management solutions providing the organization of the necessary interaction of territories of Moscow and Moscow Oblast, especially in the issues of their reasonable infrastructural, environmental, and agricultural-industrial development, are required. Conclusions about the necessity to meet modern urban planning norms, execution of complex, not infill, development of territories, about priority of social, road-transport, ecological, and national-cultural component are formulated.
S.G. ZUBANOVA, Doctor of Sciences (History), Professor (This email address is being protected from spambots. You need JavaScript enabled to view it.)

1. Sarchenko V.I. Concept of Rational Use of Urban Areas with Due Regard for Their Hidden Potential. Zhilishchnoe Stroitel’stvo [Housing Construction]. 2015. No. 11, pp. 9–13. (In Russian).
2. Filippova N.A., Shilimov M.V., Koshkarev P.P., Suslakova T.I. Problems of the motor transport at the movement in the large city. Science today: experience, traditions, innovations. Materials of the international scientific and practical conference. Moscow. 2017, pp. 46–48. (In Russian).
3. Zubets A.Zh. Improvement of a control system of quality of transport infrastructure of the city. Cand. Diss. (Economic). Moscow. 2016. 151 p. (In Russian).
4. Andreeva O. It is expensive to European standards. Standarty I kachestvo. 2011. No. 11, pp. 88–89. (In Russian).
5. Victor A. Gnevko. Municipalities: roots of democracy and economics. Deerfield: Society and Science Press, 2012. 383 p.
6. Semenov A.S. Organization of Reconstruction of Social Infrastructure Objects. Zhilishchnoe Stroitel’stvo [Housing Construction]. 2014. No. 11, pp. 33–36. (In Russian).
7. Orlov E.V., Shipkov O.I., Ivanina A.A., Shul’pina A.V., Marzaev D.E. The errors of transport infrastructure of the cities leading to the social conflicts in society (on the example of Moscow and the Moscow region). Zhurnal sotsiologicheskikh issledovaniy. 2017. Vol. 2. No. 3, pp. 21–26. (In Russian).
8. Oveshnikova L.V. Main aspects of the solution of problems of development of regional infrastructure. Vestnik Tambovskogo universiteta. Seriya: Gumanitarnye nauki. 2015. No. 1 (141), pp. 32–37. (In Russian).
9. Makhrova A., Nefedova T., Treivish A. Moskovskaya oblast’ segodnya i zavtra. Tendentsii i perspektivy prostranstvennogo razvitiya [Moscow region today and tomorrow. Tendencies and prospects of spatial development]. Moscow: Novyi khronograf. 2008. 344 p.
10. Arustamov E.A., Gil’denskiol’d S.R. The analysis of a condition of the address with waste to Moscow area in a year of ecology of Russia. Otkhody i resursy: internet-zhurnal. 2017. Vol. 4. No. 2. https://resources.today/01rro217.html. DOI: 10.15862/01RRO217.
11. Skachkov P.A., Gorneva O.S., Shutov S.V., Gnatyuk K.V. Method for Determining the Development Potential of Built-Up Residential Areas. Zhilishchnoe Stroitel’stvo [Housing Construction]. 2015. No. 4, pp. 3–7. (In Russian). 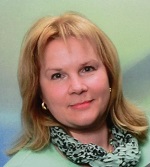